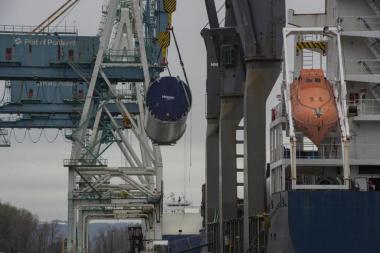 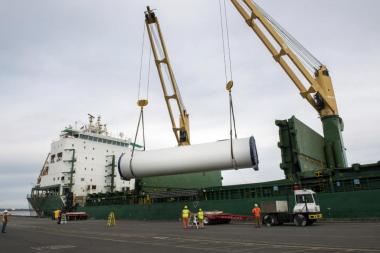 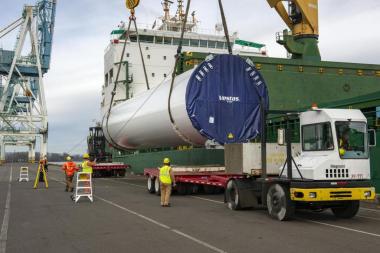 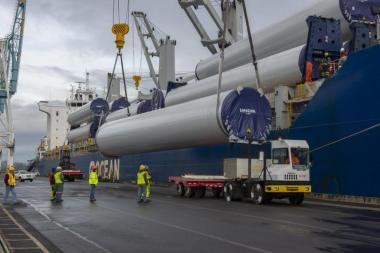 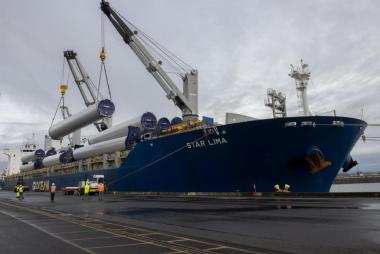 It’s the first time wind turbine parts, also referred to as “breakbulk” cargo, have been handled across the dock at Terminal 6. Portland-based Omega Morgan, which specializes in moving complex, heavy equipment, is a key logistics partner in handling the shipment.

“We are focused on moving more breakbulk through Terminal 6 as we continue to serve shippers at our multi-use terminal,” said Keith Leavitt, Port of Portland Chief Commercial Officer. “The local partnerships needed to complete this work complement a project that will bring renewable energy to the state.”

“With our North American headquarters in Portland, we’re especially proud to be part of bringing the supply chain benefits of wind energy to the Port of Portland for a new wind project here in the state,” said Arturus Espaillat, Senior Manager, Transportation for Vestas North America. “The Port’s ability to accommodate turbine components of this size was key to effectively and economically delivering the components to the project.”

The shipments arrived from Korea during three separate ship calls to the terminal. The first two shipments arrived earlier this year. Due to its large size, the cargo will be moved by truck during evening hours to its destination to minimize traffic impacts on the highway.